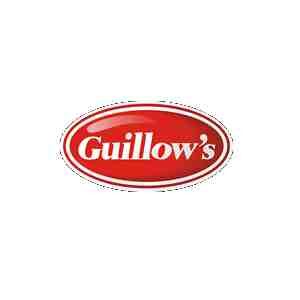 The Lockheed P-38 Lightning is a World War II–era American piston-engined fighter aircraft. Developed for the United States Army Air Corps, the P-38 had distinctive twin booms and a central nacelle containing the cockpit and armament. Allied propaganda claimed it had been nicknamed the fork-tailed devil (German: der Gabelschwanz-Teufel) by the Luftwaffe and “two planes, one pilot”  by the Japanese. The P-38 was used for interception, dive bombing, level bombing, ground attack, night fighting, photo reconnaissance, radar and visual pathfinding for bombers and evacuation missions, and extensively as a long-range escort fighter when equipped with drop tanks under its wings.

The P-38 was used most successfully in the Pacific Theater of Operations and the China-Burma-India Theater of Operations as the aircraft of America’s top aces, Richard Bong (40 victories), Thomas McGuire (38 victories) and Charles H. MacDonald (27 victories). In the South West Pacific theater, the P-38 was the primary long-range fighter of United States Army Air Forces until the appearance of large numbers of P-51D Mustangs toward the end of the war.[8][9]

The P-38 was unusually quiet for a fighter, since the exhaust was muffled by the turbo-superchargers. It was extremely forgiving and could be mishandled in many ways but the rate of roll in the early versions was too low for it to excel as a dogfighter. The P-38 was the only American fighter aircraft in large-scale production throughout American involvement in the war, from Pearl Harbor to Victory over Japan Day. At the end of the war, orders for 1,887 more were cancelled.

The P-38’s service record shows mixed results, which may reflect more on its employment than on flaws with the aircraft. The P-38’s engine troubles at high altitudes only occurred with the Eighth Air Force. One reason for this was the inadequate cooling systems of the G and H models; the improved P-38 J and L had tremendous success flying out of Italy into Germany at all altitudes.[62] Until the -J-25 variant, P-38s were easily avoided by German fighters because of the lack of dive flaps to counter compressibility in dives. German fighter pilots not wishing to fight would perform the first half of a Split S and continue into steep dives because they knew the Lightnings would be reluctant to follow.

On the positive side, having two engines was a built-in insurance policy. Many pilots made it safely back to base after having an engine failure en route or in combat. On 3 March 1944, the first Allied fighters reached Berlin on a frustrated escort mission. Lieutenant Colonel Jack Jenkins of 55th Fighter Group led the group of P-38H pilots, arriving with only half his force after flak damage and engine trouble took their toll. On the way into Berlin, Jenkins reported one rough-running engine, causing him to wonder if he would ever make it back. The B-17s he was supposed to escort never showed up, having turned back at Hamburg. Jenkins and his wingman were able to drop tanks and outrun enemy fighters to return home with three good engines between them.