Due to the depletion of the naval tug fleet during the 1914 – 1918 war, the Royal Navy decided to replace the older tugs with several classes of purpose built naval tugs. Largest and most powerful of these were the ‘Resolve’ class. Six were built in this class between 1917 and 1919. Resolve was fitted with a quick firing 12pdr. gun for defence when on convoy duty or coastal tows during war time (the Resolve can also be painted with a war time colour scheme). Resolve remained in the Royal Navy until 1950 when she was sold to messers James Scott and Co. Ltd. for breaking up.

This kit from Caldercraft brings marine model kits into the 21st century. With seven sheets of CNC cut ply including paneling for the various cabins and screen printed overlays where necessary. Over 300 brass etched fittings and over 750 white metal fittings (forward anchor windlass has over 40 parts alone) make this the most detailed Caldercraft kit to-date. Funnels and hull are moulded in GRP with plating detail. All wood, dowel, rod, rigging cord and ships boats to complete the kit are provided 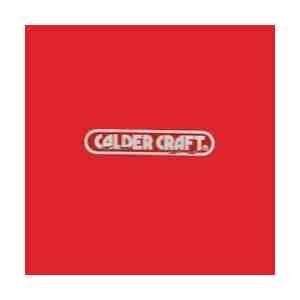